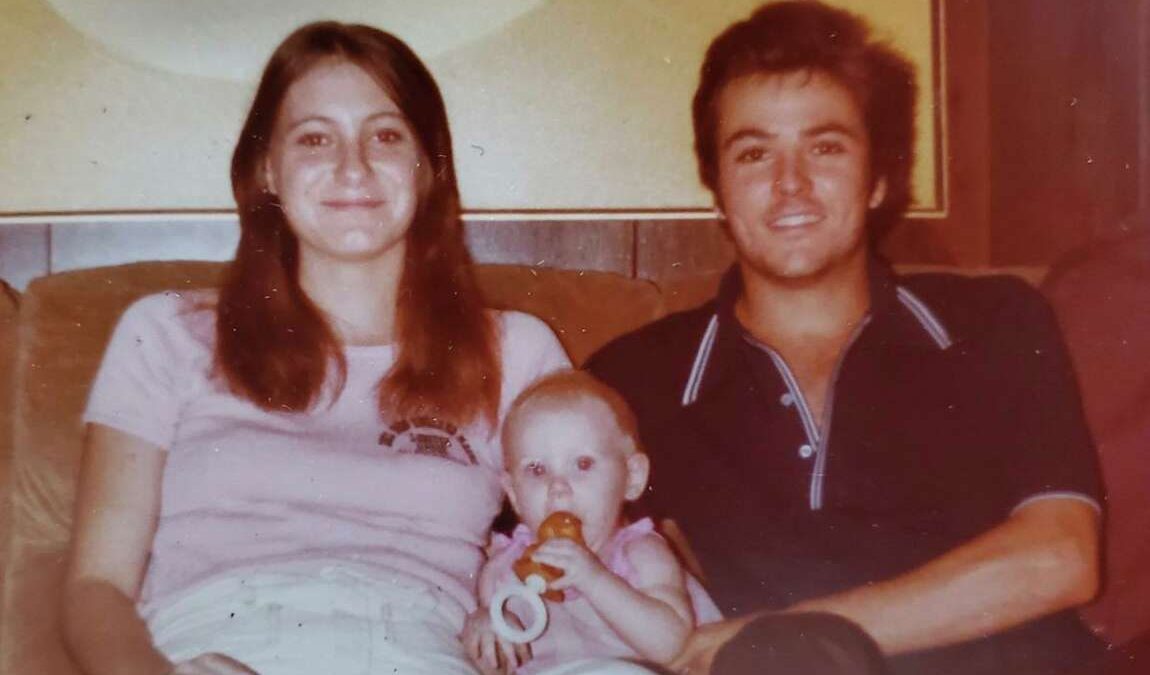 An Astonishing ID: Baby of Couple Murdered in 1981 Finally Found


A Texas baby who mysteriously disappeared way back in 1980 is alive and well—though the mystery of who killed her parents and dumped their bodies in the woods just north of Houston remains an open and active double murder case, the Texas Attorney General’s Office’s new Cold Case and Missing Persons Unit announced. Authorities aren’t saying much about the baby’s adoption, but suspicion still centers on a mysterious band of wandering people the family knew only as “Jesus Freaks,” who were in possession of the couple’s car after they disappeared. It’s the attorney general’s first big case; the unit is holding a press conference later today.

In January 1981, the remains of a young man and a woman, both victims of homicide, were located in the woods by a dog. Their identity remained unknown for 40 years. Found side by side, they were presumed to be a couple and buried together in unmarked graves. Finally, in 2021, a team of genetic genealogists formed by Identifinders International used a profile developed by Harris County authorities, tapped consumer databases for possible relatives, built elaborate family trees, and was able to link those remains to relatives in other states and identify them as a married couple: Tina Gail Linn and Harold Dean Clouse Jr.

That astonishing discovery, shared with family members only eight months ago, set off another search: Who killed Dean and Tina, and where was the couple’s infant daughter, Holly?

Earlier this week, some of Dean and Tina’s siblings and Dean’s mother were reunited by phone with Holly, who is 42 and now a mother herself.

The news that Holly was alive and well came on Dean Clouse’s birthday said Holly’s paternal grandmother, Donna Casasanta, who refers to her late son as “Junior.” “Finding Holly is a birthday present from heaven since we found her on Junior’s birthday,” Casasanta said. “I prayed for more than 40 years for answers and the Lord has revealed some of it … we have found Holly.”

Last March, Casasanta traveled by motorhome to Houston with other family members to view the graves of her son and her wife, who were presumed to be related and were buried side by side in a Harris County cemetery. Together, the family prayed for Tina and Dean—and that Holly would someday be found. The possibility at times seemed remote, but Casasanta kept praying, she said.

“Thank you to all of the investigators for working so hard to find Holly. I prayed for them day after day and that they would find Holly and she would be alright,” Casasanta said.

The ID was made after authorities in multiple states unsealed adoption and birth records to verify that 42-year-old Holly—who uses her real first name—was indeed Holly Clouse.

The search for Tina and Dean’s killers has centered on a wandering band of people the family remembers as “Jesus Freaks” who apparently met up with the couple either in Houston or in Lewisville, where they lived for several months in 1980 and later brought back the couple’s car to Florida. The circumstances of Holly’s out-of-state adoption may yet bring more clues, though authorities have not revealed much about that.

Holly’s Identification was made through collaborative efforts of the Texas Attorney General’s Office Cold Case and Missing Persons Unit, the Lewisville Police Department, the Volusia County Sheriff’s Office in Florida, the Arizona Attorney General’s Office, the Harris County Sheriff’s Office, and the National Center for Missing and Exploited Children (NCMEC). “This investigation highlights the hard work and collaboration of multiple law enforcement divisions across the country and demonstrates the importance of working cold case and missing persons investigations,” the Texas Attorney General’s office said in a press release.

John Bischoff, vice president of the Missing Children Division at NCMEC, said the discovery brings hope that discoveries can still be made in the cases of missing children—even when decades have passed, in part because of developments like genetic genealogy—a process in which investigators attempt to find relatives of murdered or unidentified persons by comparing profiles generated from samples contributed by the proper authorities to profiles available in consumer DNA databases. In this case and others, they then build family trees in order to try to identify possible relatives.

“We are thrilled that Holly will now have the chance to connect with her biological family who has been searching for her for so long,” Bishoff said. “We hope that this is a source of encouragement for other families who have missing loved ones and reminds us all to never give up.”

Les Linn, Tina’s brother and one of the family members who made the motorhome excursion to visit Tina and Dean’s graves and their murder site, said it was exciting to have such good news only eight months after learning that Tina and Dean had been murdered from Allison Peacock, one of the genetic genealogists who worked hard to identify the pair.

“The very first thing that ran through my head when we heard Holly was found was the call that I got eight months ago from Allison about my sister’s death,” Linn said. “The juxtaposition of that call with Holly’s sudden discovery just popped into my head. To go from hoping to find her to suddenly meeting her less than eight months later—how miraculous is that? All of the detectives involved—they all expressed such fortitude to get to the bottom of this case.”

Fifteen family members and investigators joined a call with Holly earlier this week. Several other family members also expressed happiness at the news that Holly would re-enter their life.

“It is such a blessing to be reassured that she is alright and has had a good life,” said Cheryl Clouse, one of Holly’s paternal aunts.

Cherry Linn Green, a maternal aunt, said: “After finally being able to reunite with Holly, I dreamed about her and my sister Tina last night. In my dream, Tina was lying on the floor, rolling around and laughing and playing with Holly like I saw them do many times before when they lived with me prior to moving to Texas. I believe Tina’s finally resting in peace knowing Holly is reuniting with her family. I personally am so relieved to know Holly is alive and well and was well cared for, but also torn up by it all. That baby was her life.”

The Founder of FHD Forensics and one of the genealogists involved in identifying Holly’s parents, Allison Peacock has been impressed by the family’s determination.

“They’ve spent the past six months with me digging through records, gathering photos for the National Center for Missing and Exploited Children’s age progression portrait, and documenting memories of Holly and her parents in an effort to help law enforcement,” Peacock said.

Due to the ongoing criminal investigation, additional information about Holly’s childhood and separation from her parents is not being released.

“What matters is that Holly was found happy and alive and now knows that she has a huge extended family that has loved her for decades,” Peacock said.

Anyone with information about the disappearance and murder of Dean “Junior” Clouse and his wife, Tina Linn Clouse is asked to contact Sergeant Rachel Kading at the Texas Office of the Attorney General’s Cold Case and Missing Persons Unit at [email protected] or 512-936-0742.

Peacock also established a Gofundme to help raise money for this and other unsolved cases involving unidentified children: https://www.gofundme.com/f/the-hope-for-holly-project

The Different Genres of Online Gambling Games: From Slots to Poker

In Tragedy’s Wake, a Fiery Movement for Justice Emerges

Abbott and ERCOT Keep Texans in the Dark Ab