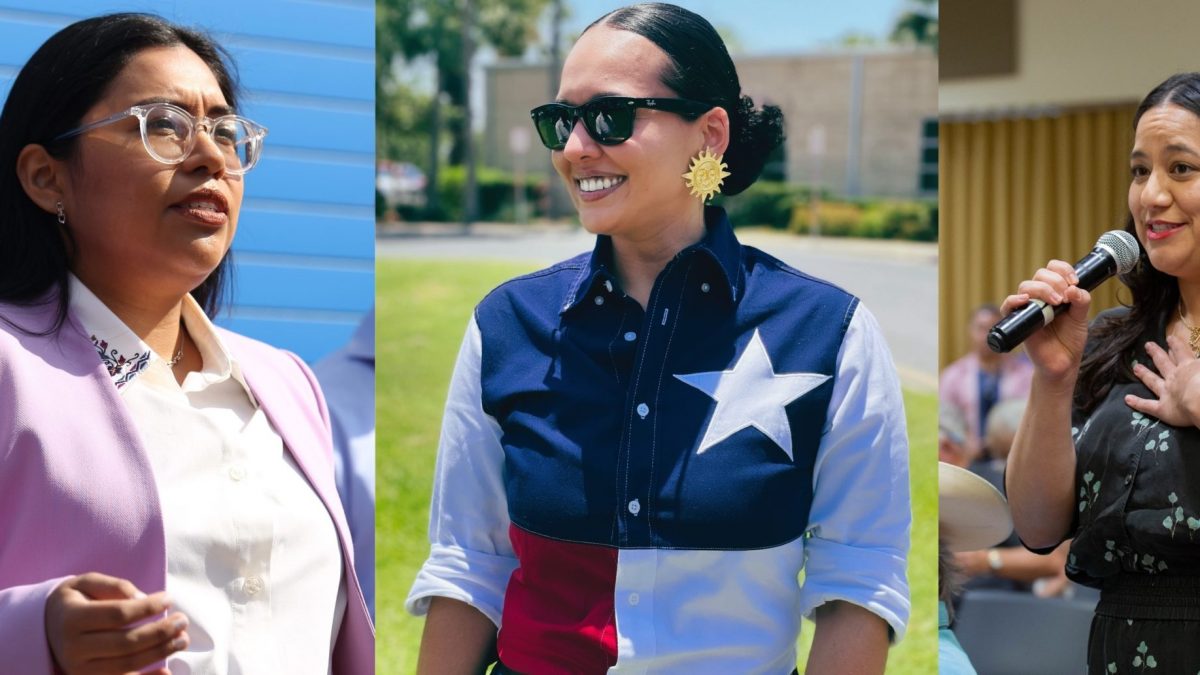 
Since the 2020 presidential election, it seems as if the only South Texas political news story you could find was about the gains Republicans are making with Latinos. The recent May runoff elections prove there is another insurgency against the status quo: the progressive fronterizo movement.

In Texas’ 15th Congressional District, certified results show progressive Michelle Vallejo won the Democratic nomination against moderate Ruben Ramirez by a margin of 30 votes. Ramirez has filed a petition for a recount. Vallejo was nominated to run by a community organization called LUPE Votes—the 501(c)(4) arm of La Unión del Pueblo Entero, which I work for—while Ramirez was backed by centrist Representative Vicente Gonzalez, who is leaving the district to run for a neighboring Brownsville-based seat.

All three Latina candidates were backed by grassroots movements that have ushered in a new generation of exciting South Texas Democrats. In November, Garza and most likely Vallejo will face two ultra-conservative candidates: Ken Paxton and Monica De La Cruz, respectively. The general election will be the next test of progressive, people-powered campaigns versus extremist right-wing, corporate-funded candidates.

Republicans overperformed in South Texas in 2020. Almost immediately, a frenzy of analysis poured into opinion sections across the country. What was largely missing from these think pieces was the harsh political environment border voters have been surviving in over these last years.

For example, consider the massive disinformation campaigns funded by extremist dark money groups and the barrage of policies that treat the border as a political playground for photo ops. What’s worse: When South Texans looked to status-quo Democrats for solutions, their inability to take any meaningful action left a gap the GOP was quick to take advantage of.

It is no surprise that under these conditions, South Texas is facing what some have aptly called a “political crossroads.” There is undeniable energy from Laredo to McAllen and Brownsville to change the status quo. But there is a stark difference between the vision conservative Republicans and progressive Democrats propose for our future.

The extremist conservative movement benefits only a few rich corporations and power-hungry politicians. They manufacture false debates about human rights to divide and distract us. They strategically feed us lies to make us believe that the reason so many Americans live in scarcity and fear is because of immigrants and working-class families. But behind the curtain, those same corporations line their pockets by hoarding resources and exploit the working-class families who rely on them for their next paycheck. In Texas, consider how the Republican-majority state legislature doesn’t seem to care for the tragic failures of our electric grid or loose gun restrictions. Meanwhile, GOP officials host press conferences monthly at the border pointing fingers at families seeking safety.

The progressive movement is for the rest of us— the millions of families and individuals who know we deserve more than the crumbs we’re getting from corporate greed and out-of-touch politicians. It’s for working Texans who deserve a living wage so they don’t have to choose between paying bills or paying for medicine. It’s for all Texans having access to healthcare so we don’t fear going into debt when we need life-saving treatment. We’re for upholding the Texas tradition of lending a hand when we can to those in need, including people seeking safety at our border. We believe that this country is big enough to give all of us a dignified life, no matter our backgrounds, our differences, or where we come from.

Vallejo, Cisneros, and Garza’s high-profile campaigns prove our home region isn’t “turning red“— but rather that our people are in search of a new type of leadership, and progressive Democratic Latinas are a viable option for change. Republicans shouldn’t get confident about flipping seats in November. Like Cisneros said, our people and dreams are just as powerful as their corporate dollars, and we’re just getting started.

Dani Marrero Hi is based in Mission. She is the director of communications at La Unión del Pueblo Entero (LUPE) and a former staffer for Michelle Vallejo’s congressional campaign. The views in this piece reflect the personal opinion of the author and not of any employers or candidates mentioned.

An Astonishing ID: Baby of Couple Murdered in 1981 Finally Found

The Tale of Eric the Red

A Brief History of Junk Science and Bad Forensics

The Sacred Heart of Uvalde