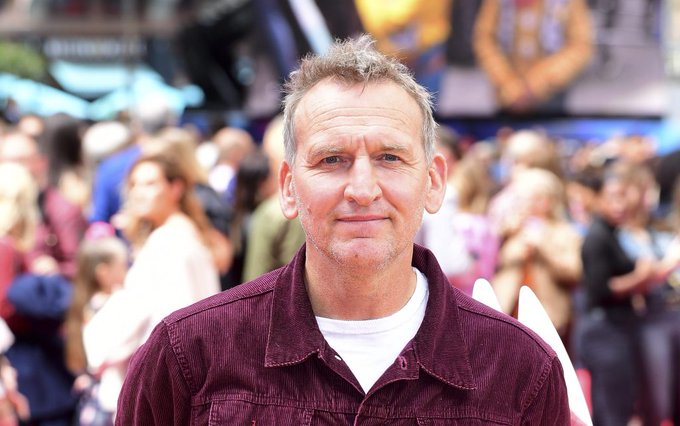 
British actor Christopher Eccleston believes that white, middle-class, male, straight actors like him are “the new pariahs of the industry.”

The 58-year-old former star of Doctor Who and many other British TV shows over a 30-year career told Times Radio, “Quite rightly I’m a dinosaur now. I’m white, I’m middle-aged, I’m male, and I’m straight. We are all seen through the lens of Harvey Weinstein et al. And I can feel that the opportunities are shrinking, as they should do.

“I’ve lived off the fat of the land for 30 years of my career, but I still have to pay my mortgage, I still have to support my kids, so I don’t welcome the uncertainty at all. The unpredictability was far more welcome to a younger person.”

Eccleston added to BBC 5 Live that he sees himself as a failure because he did not make the most of his chances. “I believe I’m a much better actor now than I was in my twenties, as I should be.”

The actor’s comments come a fortnight after a number of British stars including Keeley Hawes, Lesley Manville, Richard E Grant, David Tennant, Zawe Ashton, Meera Syal and Juliet Stevenson all added their name to an open letter demanding an equality pledge and for more women aged 45 and over to appear on screen.

Eccleston is best known for his lead role in Doctor Who back in 2005, and for his stunning performance in the 1996 BBC drama Our Friends in the North, which also made young stars of Daniel Craig, Gina McKee and Mark Strong.

He told Times Radio yesterday, “I say to any young actor, ‘You’re not more important than anyone on that set.’ That’s why I do it, because I want to be part of a team and I want it to be equal.”